We would like to offer our sincere support to anyone coping with grief. Enter your email below for our complimentary daily grief messages. Messages run for up to one year and you can stop at any time. Your email will not be used for any other purpose.

Share a memory
Obituary & Services
Tribute Wall
Read more about the life story of Arthur and share your memory.

Arthur attended the Greenport Schools, graduating as Valedictorian in 1957.

At Cornell University (’61), he earned a Bachelor of Metallurgical Engineering degree on a full scholarship from Grumman.  He was a member of Phi Kappa Psi fraternity and often said he enjoyed “a complete undergraduate experience” — that did not include the Dean’s List.

After graduation Arthur joined Texas Instruments in Attleboro MA, where he worked on a team building nuclear reactors for Admiral Hyman Rickover’s Navy.  Thereafter he worked in industrial marketing at Allied Chemical in Morristown NJ and at the World Gold Council in New York City as International Industrial Marketing Director promoting gold usage in industry and dentistry.  At the age of 49 he decided to go to law school:  “It was the family business, but I got interested long after my father would have paid for it.”  He graduated magna cum laude from The Benjamin Cardozo School of Law in 1992.  He practiced with a corporate firm, subsequently in partnership with a Cardozo classmate and as a solo practitioner.

In retirement Arthur and his wife of 40 years, Lucia (Staniels), owned and operated a joint exhibit for American children’s book publishers at the annual Bologna Children’s Book Fair in Italy.  They traveled widely in Europe, as well as to Egypt and Jordan just before the Arab Spring, the Galapagos, Canada and throughout the United States.

Arthur was an avid fly fisher and was active in the Nature Conservancy and the Peconic Land Trust, including the Project Committee. In recent years he enjoyed growing, eating and sharing oysters he raised in front of his Sandy Beach cottage in conjunction with Cornell’s SPAT program..  He served on the Greenport Village Zoning Board of Appeals, was a reasonably frequent, perhaps not always gladly welcomed, speaker/contributor to discussions of Village Board issues.  He was a member of Peconic Landing’s Buildings & Grounds Committee, serving two terms as Chair.  A fifth-generation Greenporter, he was featured in Andrea Cotes’  “Port of Views” historical show in Mitchell Park in 2015.

Arthur was a nurturer, with boundless curiosity and a virtually bottomless “idiot’s ditty bag,” as he called it, and which had a capacious side pocket for risque limericks.  He could talk to virtually anybody about something and was a good storyteller.  He spoke French and Italian and liked good food, good drink--especially Balvenie whiskey—and good design. His retentive memory could call up virtually every meal eaten in every trattoria in every hill town in Italy.  His daughter lovingly referred to him as the Walking Encyclopedia.

Arthur dealt handily with plumbing, electrical, construction & carpentry matters.  He taught his daughter how to shingle a roof (with help with some friends) and that she could fix or make almost anything.  He attributed his cooking skills (“man cook meat,” said with a Tarzan swagger) to watching a cranky chef while working a split shift at Porky’s restaurant at age 14.

Social liberal, political centrist, fiscal conservative, spiritual seeker, Arthur believed in science, the power of technology for good and bad; the power of mankind for same; and the miracle of the universe.

In addition to his wife he is survived by his beloved daughter, Alex Marx, son-in-law Peter, 16-year-old grandson Theo, who live in Los Angeles, and many cherished friends and relatives.

Private burial will be followed by a memorial gathering later.  Arrangements by Horton-Mathie.  Memorial donations may be made to SBELIH, or the Peconic Land Trust.

To send flowers to the family or plant a tree in memory of Arthur M. Tasker, please visit our floral store. 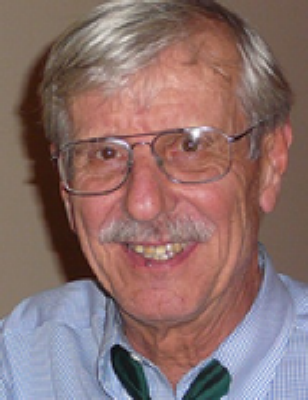 In Loving Memory Of

Look inside to read what others
have shared
Family and friends are coming together online to create a special keepsake. Every memory left on the online obituary will be automatically included in the book.

In Loving Memory Of

Look inside to read what others have shared

Family and friends are coming together online to create a special keepsake. Every memory left on the online obituary will be automatically included in the book.

You can still show your support by sending flowers directly to the family, or by planting a memorial tree in the memory of Arthur M. Tasker